After three months' preparation, the Exotic mushroom center sp. z o. o., hereinafter referred to as the EMC company, is registered successfully in the Central information of the National Court Register today. By this, The EMC's parent company in China- Qihe Biotech company has made it’s first step in Europe.

Shandong Qihe Biotech company is a mushrooms substrate manufacturer located in Zibo China. It was founded in the year 2000 and has 19 years' experience in producing shiitake logs and fresh shiitake so far. At the moment, it could produce 60 million shiitake logs (about 102 million ton) per year, which makes it one of the biggest shiitake substrate suppliers in the world. In China, it has 4 factories to produce shiitake substrate and 1 factory to produce fresh shiitake. Meanwhile, besides the EMC company, the Qihe Biotech company has another 7 subsidiaries overseas, 3 of them in Japan and the other 4 in USA, to produce fresh shiitake for the local markets, using the ready substrate shipped from their Chinese parent company. 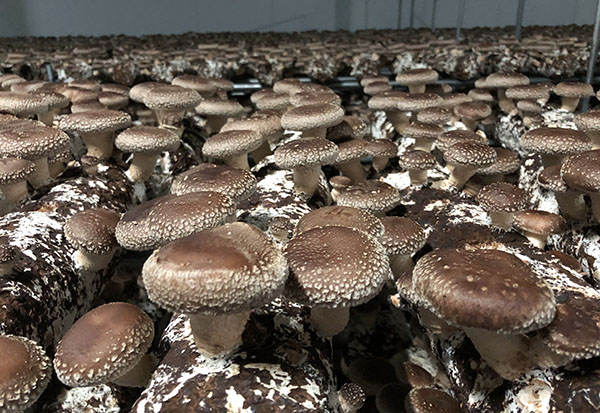 The EMC company is the Polish branch of the Qihe Biotech company, at the same time it is Qihe's first subsidiary established in Europe. With this Polish base here, it will be easier for Qihe Biotech company to provide high quality, healthy exotic mushrooms - such as shiitake, king oyster, oyster, lion's main, reishi etc - to Europe residents. At the moment, the EMC company is looking for proper place to build its farm for shiitake, king oyster and oyster produciton, and the target for sales are the markets in Poland, Germany, Austria, Netherlands, Sweden, France etc. Hopefully in the near future we could taste these fresh exotic mushrooms with good quality at our tables here in Europe!